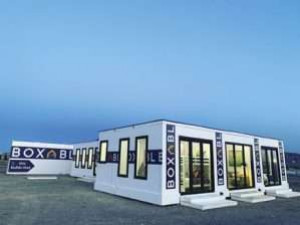 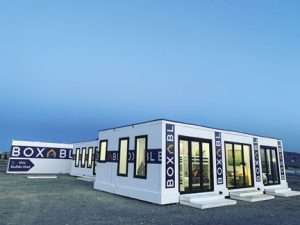 LAS VEGAS — Boxabl is a newly founded, modular home-building system that began in 2017. Created by Galiano Tiramani and Kyle Denman, the company aims to lower the cost of homeownership and, ultimately, change the way houses are built.Their prefabricated studio apartments are entirely mobile and delivered via a shipping container. Upon arrival at the site, they can then be readily unfolded and available to take up residence.

With quality, strength and sustainability top of mind, Denman, who serves as Director of Engineering, sought a toilet solution that could be placed anywhere within the studio’s interior, while allowing for easy connection to a nearby sewer system.Recently, Boxabl opened a large 170,000-square-foot manufacturing facility in Las Vegas. enabling the company to produce thousands of prefab structures annually. In 2021, Boxabl released its first product: a 375-square-foot studio apartment named the Casita. According to Business Insider, Elon Musk is said to own and live in a Casita, which costs $49,500.

After conducting research, Denman concluded a “back-exit toilet” — as opposed to a conventional water closet that drains out the bottom — would provide the installation easy and ready fit with Boxabl’s designs that he and Tiramani were seeking.

Denman ultimately chose Saniflo’s Rear Discharge Toilet, a vitreous china, floor-mounted model that is normally coupled with the company’s Saniaccess 2 or Saniaccess 3 macerating pumping systems. The latter provide easy-to-install, above-floor drainage for not only the toilet, but also other fixtures — as tubs, showers or sinks — in residential and commercial applications where below-floor drainage is impractical.

“The Saniflo toilet is the perfect solution for our modular application,” explains Denman. “I can locate the fixture almost anywhere that makes sense in the space. It allows for a plug-and-play setup, making the prep work before the installation a lot simpler and easier.”

Aligned with Boxabl’s focus on durability and sustainability, the Saniflo Rear Discharge Toilet meets national plumbing codes and is recognized by the U.S. Environmental Protection Agency’s (EPA) WaterSense product-labeling program and ADA compliant. Using only 1.28 gallons of water per flush, the complete toilet system comes equipped with everything needed for installation, plus a stylish, soft-close toilet seat. The toilet uses a three-inch drain line to send effluent to a sewer system or a blackwater storage tank.

“In total it takes us about 30 minutes to attach the toilet,” states Denman. “A traditional bottom-exit toilet would require two to three hours.”

Boxabl began the production of its apartment studios in October 2021 and expected to build 20 homes by the end of 2021, according to Tiramani. “We have an initial order from the federal government to ship houses to the Department of Defense for a military base. After that, we’ll expand our product services to Nevada and California.”

“For future models, we’ll use this same toilet for its ease of assembly and installation. In addition, because of the product’s location flexibility, our customers can readily connect them on-site without struggling to line up the toilet with a pipe punch-out in the wall.”